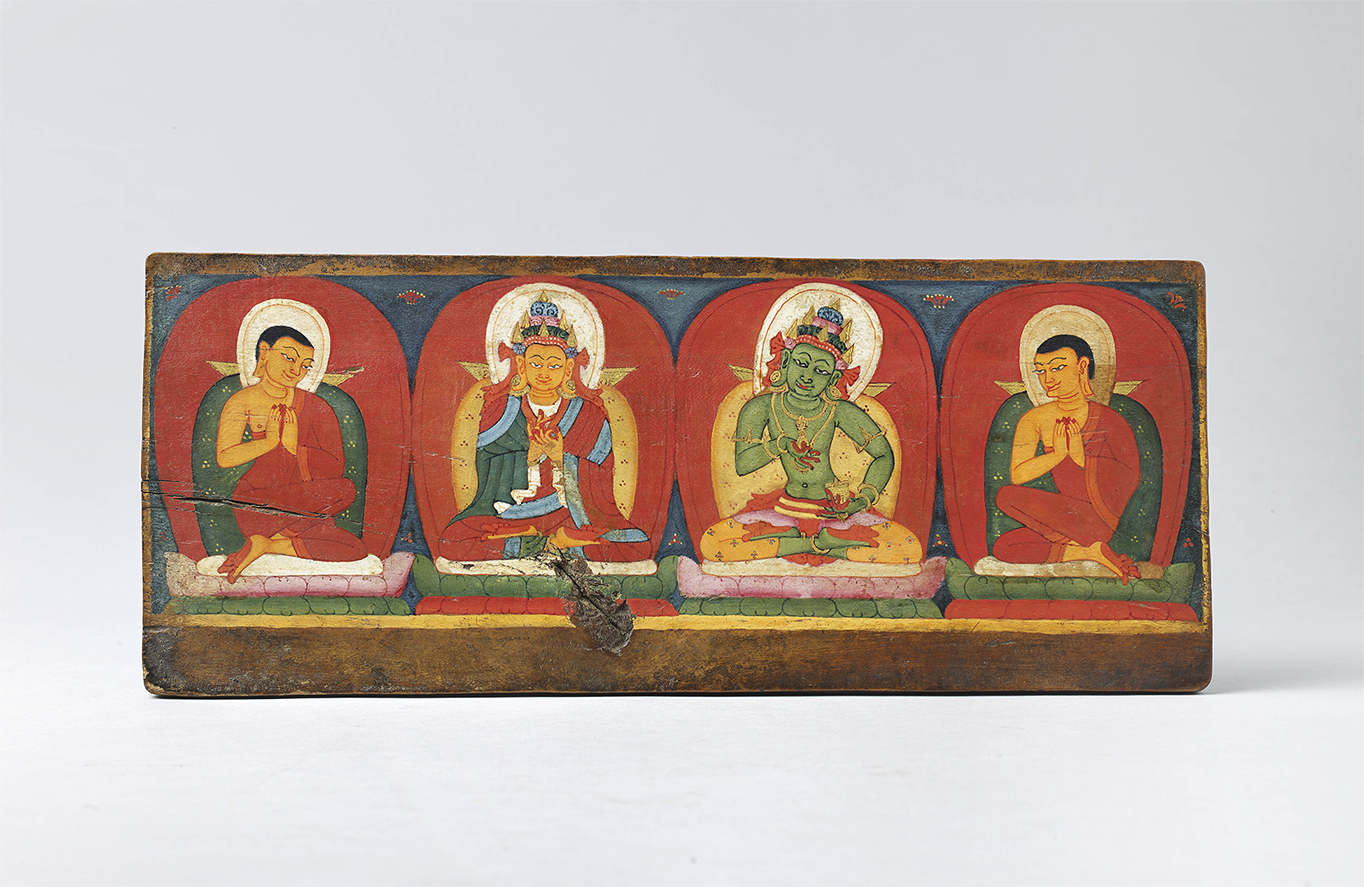 It is difficult to underestimate the importance to Tibet and the Buddhist faith of these types of classical manuscript covers. As objects that once acted as the entrance to, and enabled the protection of, sacred Buddhist texts, they are regarded as part of the Dharma (the Teaching), and as such to be revered as greatly as one would the Buddha. This manuscript cover would have been specially commissioned by a monastery or wealthy family to protect a sacred text of the Buddhist canon. This cover was fashioned from hardwood, a material difficult to obtain in Central Tibet.

Tibetan manuscripts, whose format was inspired by Indian palm-leaf manuscripts, were originally contained between two wooden covers, which in turn were wrapped in cloth to protect them. These wooden covers were often richly decorated, with the designs and iconography often indicating the contents of the scripture they contained.