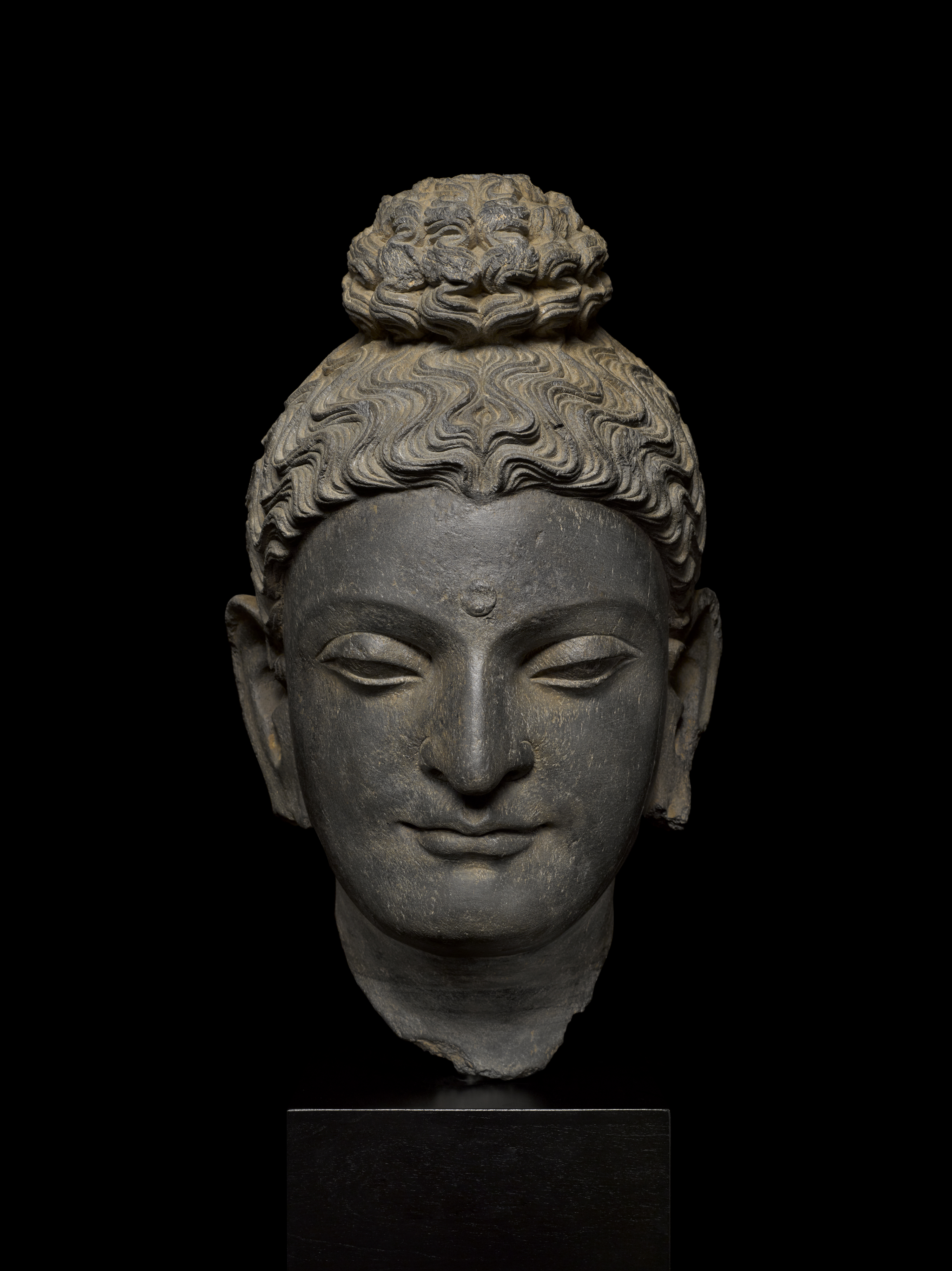 This supremely elegant head of Buddha is a masterwork of Gandharan art, the sensitively- modeling face with bow-shaped mouth, straight nose, heavy-lidded elongated eyes, and raised urna, the wavy locks of hair pulled up and tied back over the ushnisha (for three closely-related examples in the British Museum see Zwalf, Gandhara Sculpture, Vol. II, London, 1996, pp.9, 10, & 32, nos.1, 3, & 39); also compare a closely-related example sold at Christie’s, New York (March 19, 2013, no. 201), sculpted in a similar stone to the present example—a darker and finer grain of schist that was highly prized for the high level of detail a sculptor could achieve and therefore often reserved for the most important figures.

The region known as Gandhara, which at the time encompassed northwest India, Pakistan, and the southern areas of Afghanistan, formed the heartland of the Kushan Empire and benefited economically from the northern trade along the silk route.  The region was strongly Buddhist and developed a distinctive school of art that adapted Greco-Roman figural forms.