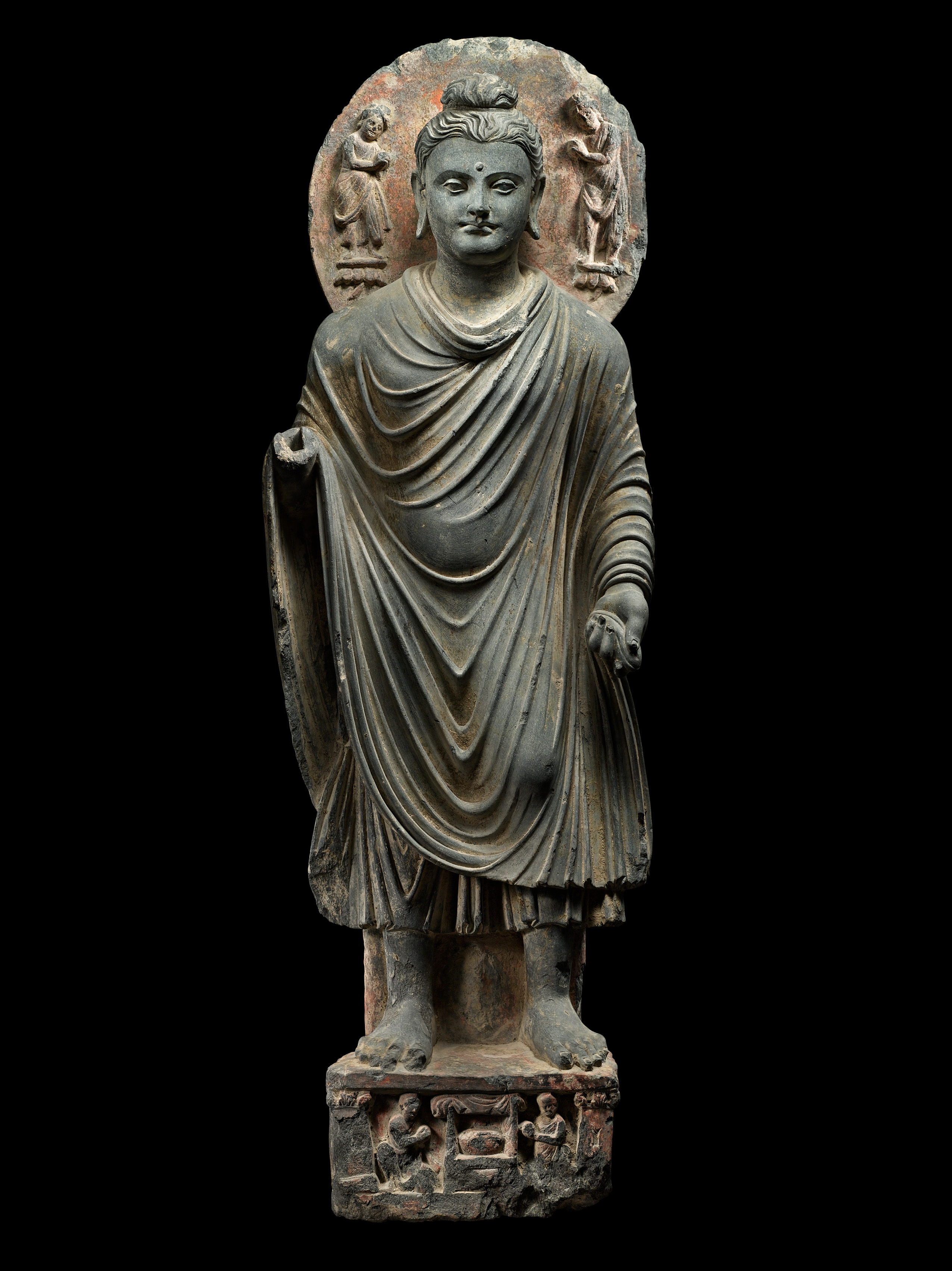 This is an impressive example of the type of standing Buddha image that was popular in the Gandhara region. Clad in monk's robes the Buddha stands upon a small base that dis­plays a scene of worship carved in a shallow niche between two col­umns. The sense of volume con­veyed in the delineation of the Bud­dha's garment is characteristic of Gandhara sculptures. Both the folds of the clothing and the body under­neath are modelled with a greater sense of naturalism that can be seen in images from either Mathura or the Amaravati region (cf. nos. 7 5 and 78). The earlobes are not as extended as they usually are. The stylised, wavy hair, covering both the head and the cranial bump, is slick and smooth. Although now broken, the Buddha's right hand would have dis­played the gesture of reassurance, his left hand holds the end of his garment.

The addition of two divine figures on the halo makes this image un­usual; in most Gandhara images, the halo is a plain disc. Both divinities stand on lotuses and bend toward the Buddha with hands joined in

adoration. The figure on the right appears to wear a crown and may represent Indra, the king o f the gods; the other would then be Brahma. The exact function of the hole between the Buddha's feet is not clear.