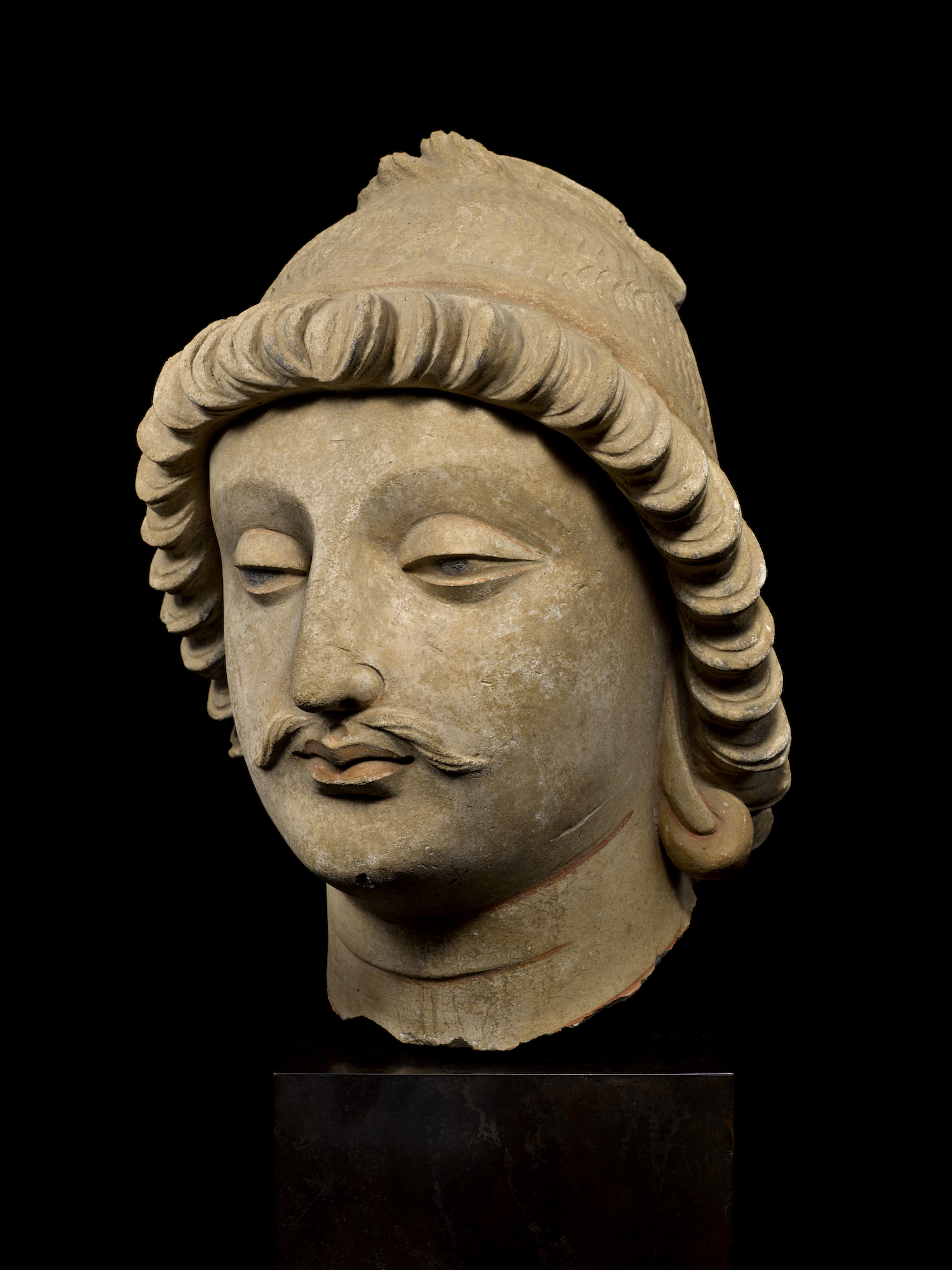 A magnificent example of Gandharan art, this over-lifesize head is remarkable not only for its monumental size but also for the fact that it is molded completely in the round and retains some of its original polychrome.

Gazing out at the viewer from heavy-lidded almond eyes, the centres of which have been painted black, the nobleman conveys a sense of authority and bears a regal expression on his oval face.  His arched eyebrows are subtly defined and slope gently down towards the bridge of his long straight nose.  Below his curved moustache, his red lips suggest the slight hint of a smile, and the recessed corners of his mouth are gently upturned.  His neck is marked with three concentric beauty lines (trivali), and in his left ear he wears a small rounded earring.  One of the most arresting aspects of this sculpture is his elaborate coiffure.  A row of thick, crescent-shaped strands encircle his entire head and form a striking frame around his face.  The remainder of his hair is arranged in incised wavy strands held closely against his head by a narrow diadem, and the ends have been drawn up and twisted into a loop at the top.

While an exact identification of the subject depicted is difficult there are parallels in the hair style and facial features to the well-known Indo-Parthian bronze figure of Surena in the National Museum of Iran.

Stucco and clay were used over a wide period of time, but it is thought that the majority of these works are representative of a more mature style and slightly later in date than those in stone.