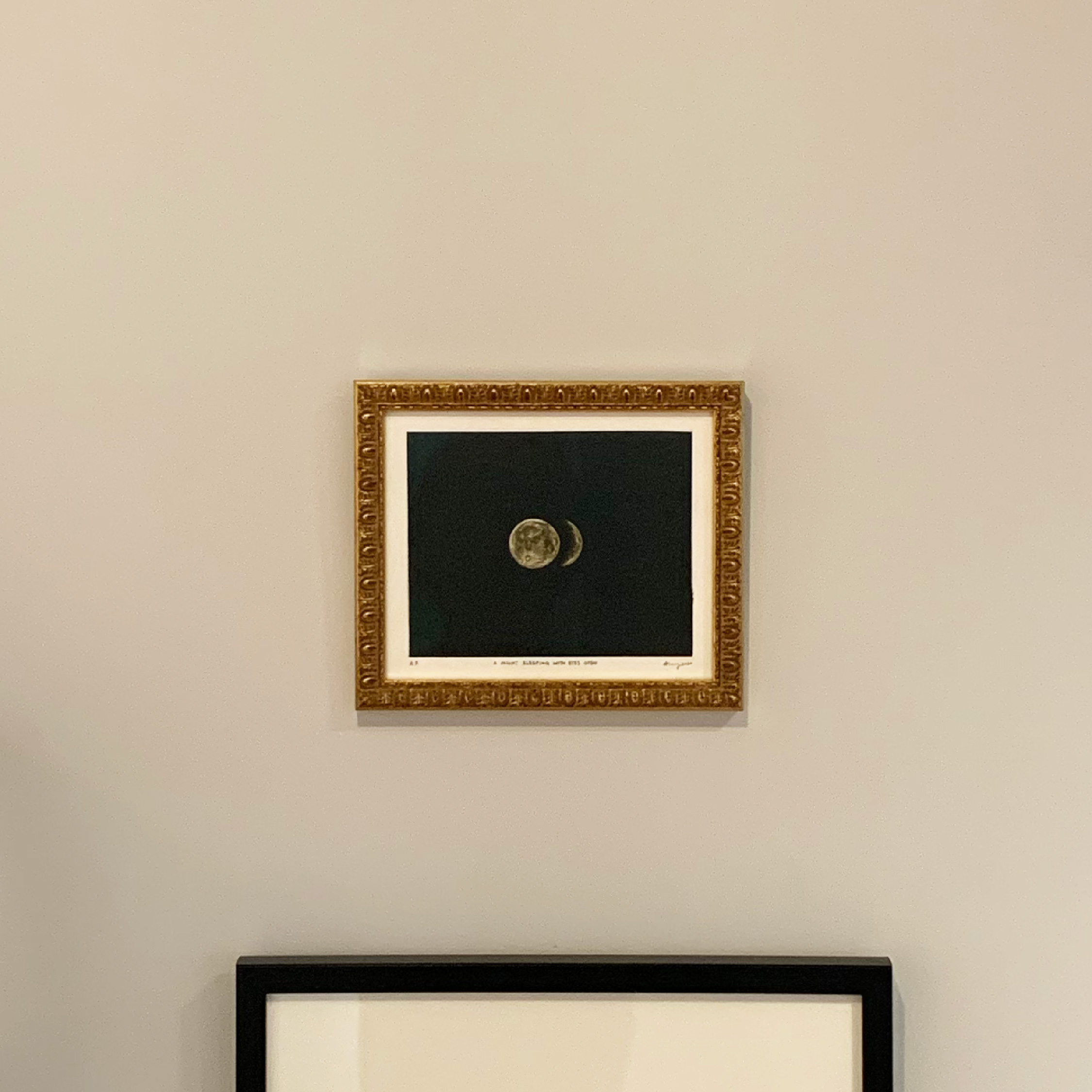 (text by artist)
A thing of beauty is a joy forever.
In poem “Endymion” by John Keats

A thing of beauty is a joy forever.
From the poem “Endymion” by John Keats

A Night Sleeping with Eyes Open is from “CHAPTER α -  ALTAR OF ARTEMIS” –– Lau’s first series of works after he became an artist. This collection connects the closure of his times at the academy with the embarkment of his artistic career. It encompasses his longing and expectation for being an artist, as well as his innocence and aspiration, thus these works carry a brighter tone. The two moons symbolise the goddesses of the full and crescent moon, Selene and Artemis. They have been commonly mistaken as the same deity. The lunar goes through phases, and the two forms belong to the same moon. This work depicts the story of the moon goddess and the shepherd named Endymion. The goddess yearned for eternal love and bliss so she decided to suspend time; the artist wanted to acquire the beauty of anticipation so he embodied his hope in his works. Yet as we delved in the concept, we realise that the suspended love turns sour and undesired. What obsession leaves is the sense of possession and anxiety. When a work gets collected, there is a chance of it being reinterpreted. The art is thus continued instead of guarded.