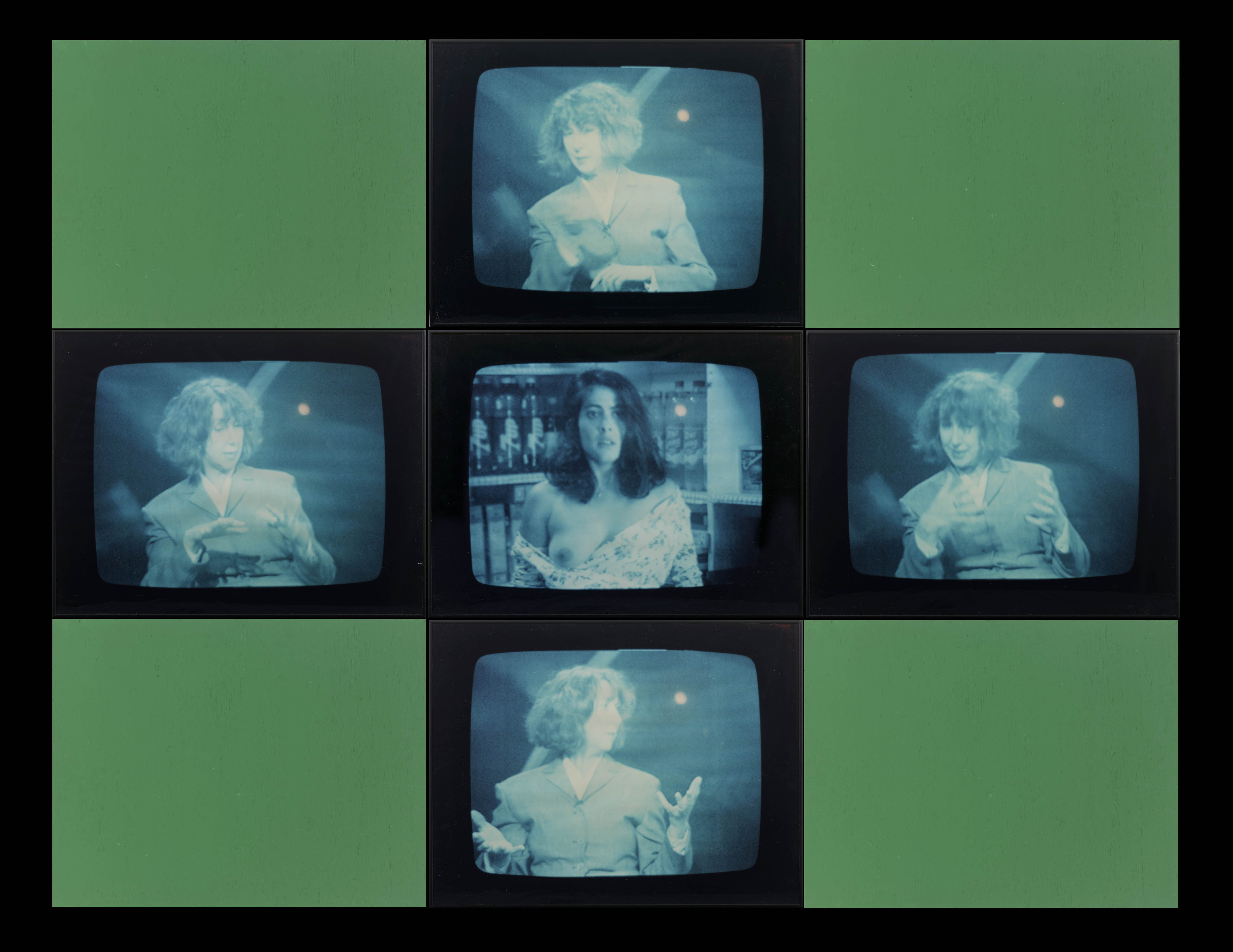 Chat Show (1987–94) features five photographs taken from live television and arranged in a symmetrical cross. The central image captures a woman standing with one breast exposed, eyes fixed directly on the camera and mouth ajar – her ambiguous expression could be shock, indignation, fear or longing. Surrounding the woman are four images of a TV chat show host that seem to analyse and explain the spectacle. The anchor's hands appear to speak through emphatic gesticulations, whilst the woman is silent, as if immobilised.

The work indexes a moment in which representation and identity were the sites of contentious cultural politics. During the 1980s, efforts to calm racial tensions in the United Kingdom motivated public funding initiatives that sought to diversify the country's arts and cultural programming. Such multiculturalist agendas, however, frequently reinscribed marginalisation by confining artists to identity-based categories or, at worst, stereotypes. Chat Show uncovers the mechanisms through which inclusion was often predicated on the objectification and exotification of otherness by using the grid to create a diagram of looking. The chat show host's eyes appear to trace a line from one image of herself to another, cutting diagonally across the green squares. Each image could suggest a different viewpoint or perspective on the situation, which the host appears to discuss without ever looking at the woman in the centre. The woman–of ambiguous ethnicity and whose sexuality is blatantly, if not violently, on display–alludes to the ways in which gendered and racialised others are perceived simultaneously as objects of desire and threats to be contained. At the top of the work, the host looks directly at us, as if to signal our internalisation of her discourse. Yet the host's look is doubled by the woman below, who also meets our gaze. At the moment when the spectator would project the fears and fantasies of a racist culture onto her, she interrupts this circuit by looking back.