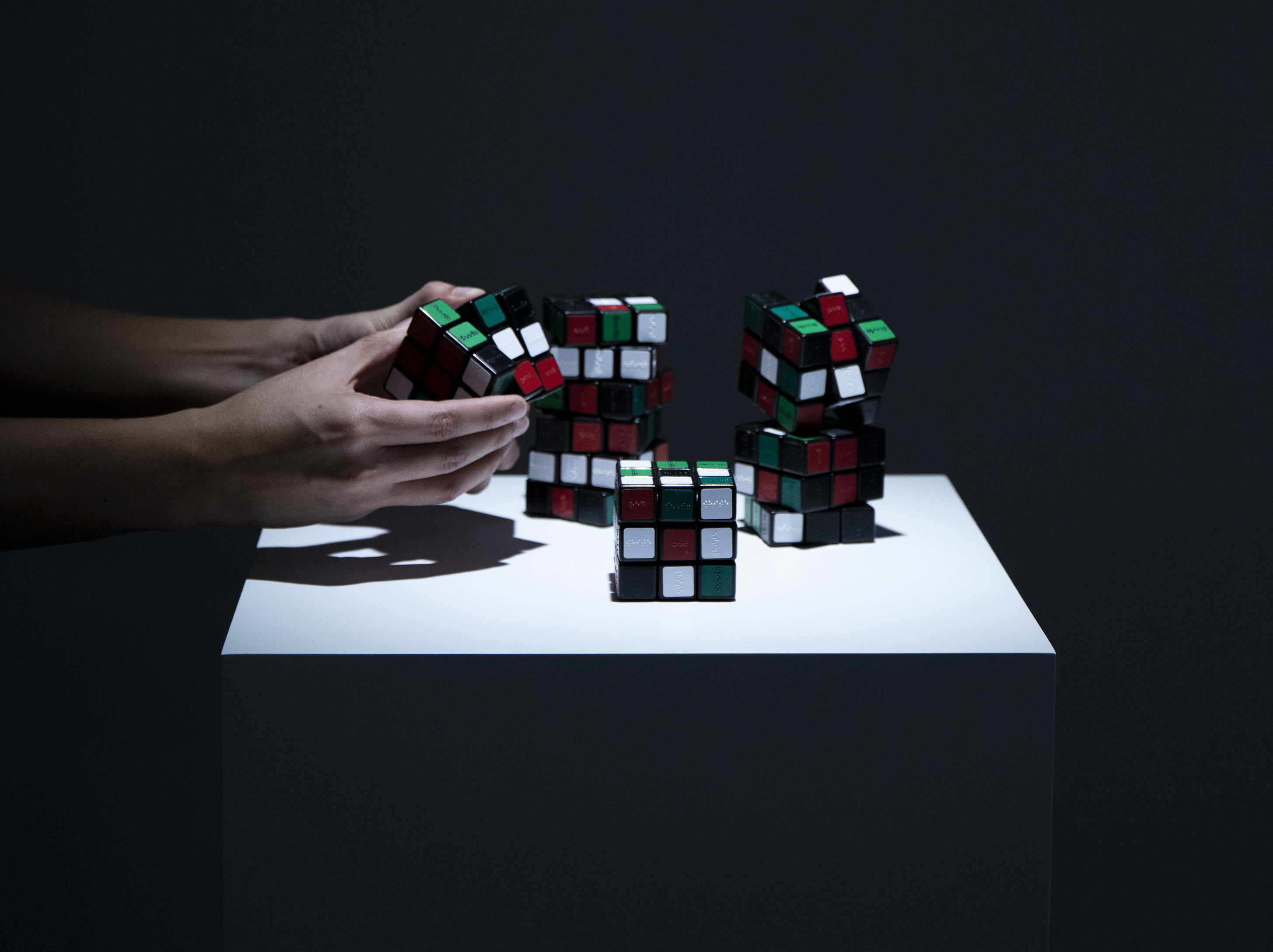 Game is inspired by the popular Rubik’s cube puzzle and is composed of three colours – red, green and white, referencing the colours of the Afghan flag. Providing a revisionist interpretation of the legacy of The Great Game (the original 19th century standoff between Russian and British empires over Afghanistan). Game explores Afghanistan’s current position as a centrepiece of the longstanding War on Terror, masking both the US and British interests.