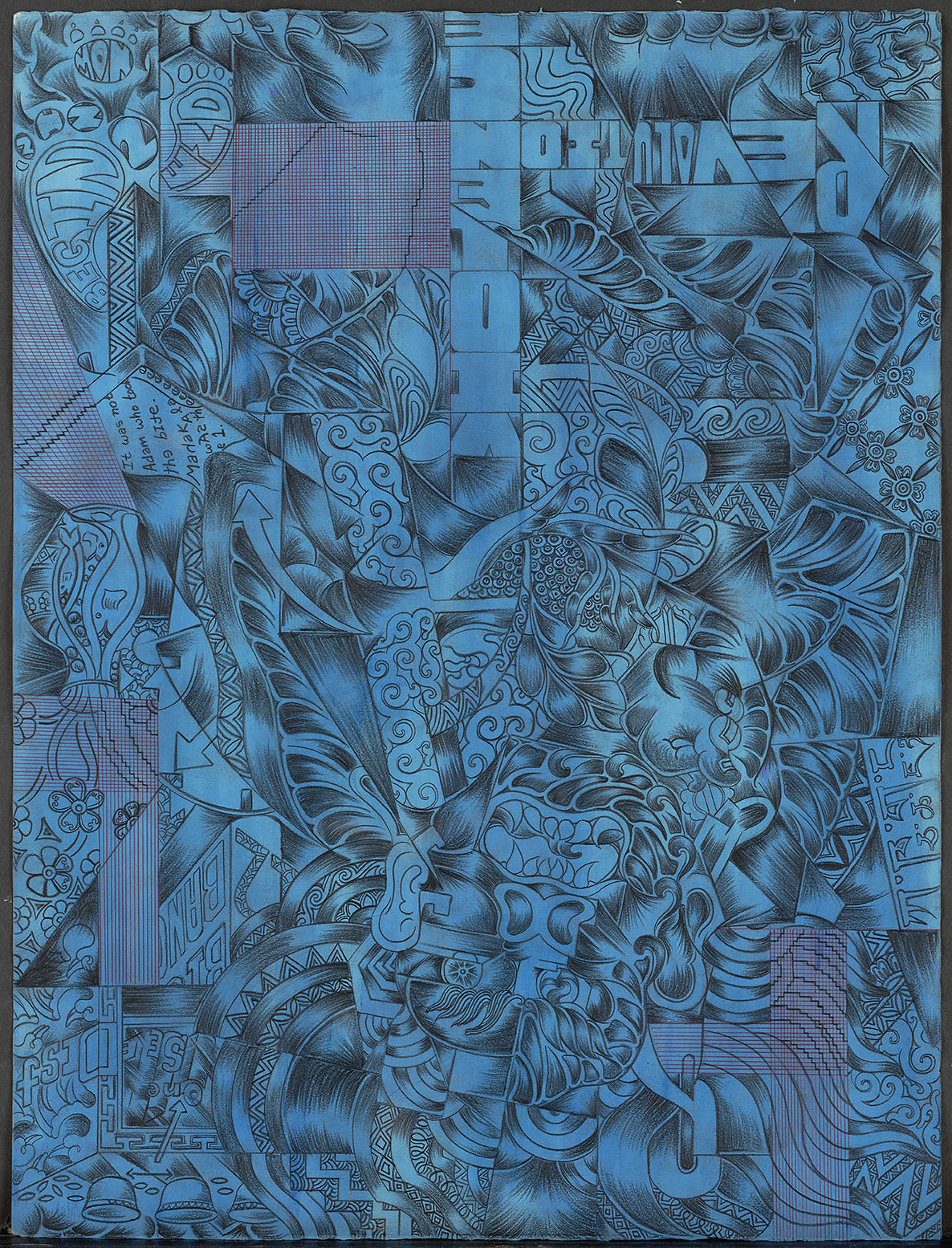 In this painting, I have tried to reintroduce Mahakala in a different fashion—traditional image fuses with the contemporary vocabulary. A tiny still-life from Henri Matisse’s painting resides softly on the right side of the deity to accentuate this transformation. The gridlines signify the Tibetan’s (refugees in Nepal) means of survival through the hand-woven carpets when they were exiled form Tibet.

The edge of the painting takes the most significant role, for it creates a unique tension in the painting. The edges limit and compress the form, almost forcing the figure to thrust out of the painting. Hence, Mahakala, the protector of truth or Dharma immediately assumes a political posture. It implicitly urges the viewers to bear the weight of truth unto his/her shoulder--- my existential statement.

Furthermore, rather then holding the usual traditional attributes, the figure is found holding the Biblical apple-of-knowledge as an offering to the viewers.  Simultaneously, one would also see the deity holding dorjee which is pressed gently against his heart-- signifying the affection for invincible truth. Thus, it calls out and declares a forthcoming of a new beginning through the eons old rich roots.

However, mustn’t one ask why a Biblical Apple and why not something else? This brings us to the idea of emptiness, the futility of violence and the play of philosophical binary games-- in more contemporary explications, the experience of deconstruction. I personally interpret and connote both Dorjee and the Biblical apple to the notion of WISDOM which when metaphysical construed inevitably arrives at the notion of emptiness. As Shakespeare ones said, “Container is not the content...”

Finally it also plays with the idea of violence and revolution where the primary artist who is me, acknowledges his preferences to all the other possible artists (the viewers—the interpreter of the interpreter) by subordinating violence whereby equating it with the notion of End—the end of revolution. In the painting, one can see the progressive word “Revolution” running from left to right until it was cut off by the text violence.