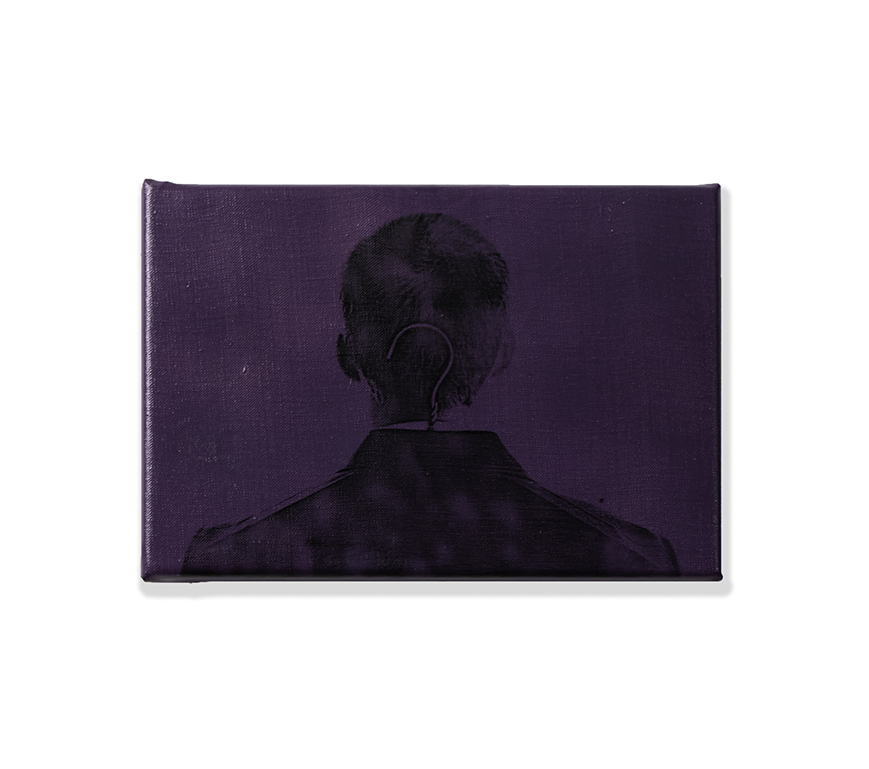 Billy Apple had Robert Freeman take this photograph to confirm David Hockney’s dismissive characterisation of the adman as a ‘suit’ in his drawing, Madison Avenue, Lie$, Lie$, Lie$ (1961). Hockney made and gifted the work to Apple after visiting the artist when he interned over the summer of 1961 at Sudler, Hennessey and Lubalin, a leading advertising agency in New York City. The image was printed on spray-painted linen on a prototype for the new technology in 1964 at the Xerox Corporation headquarters in Rockefeller Plaza, where Apple was artist-in-resident. The sizes of the various Xerox works Apple made while he was there were all determined by the dimensions of the reproductive machine’s plate.