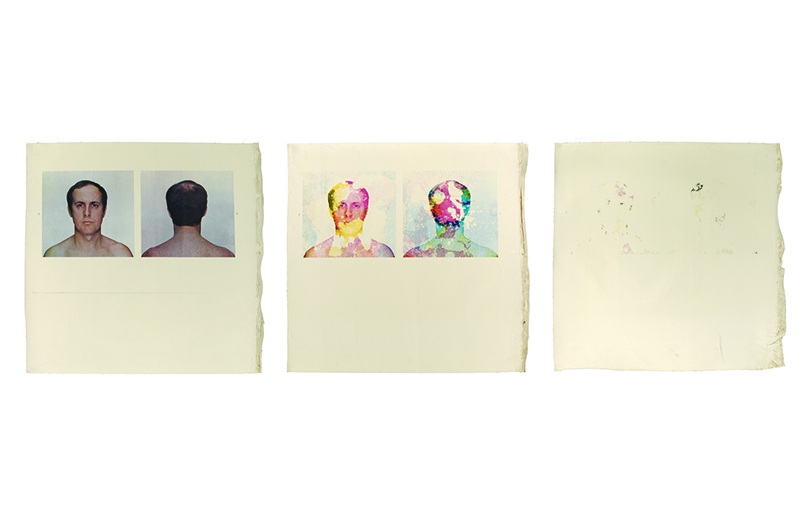 The image Billy Apple ‘dissolves’ in this process-portrait, the third of several the artist has had taken by professional photographers over the course of his career. All adopt the identical format of the full-frontal, head-and-shoulder shot originally captured by Robert Freeman. The photograph was taken and the triptych printed for the artist’s first survey exhibition, From Barrie Bates to Billy Apple, at the Serpentine Gallery in 1974, the first show Apple presented in London since he left in 1964. Hiro (Yasuhiro Wakabayashi, b. 1930) is a well-known commercial and fashion photographer, then working as a staff photographer at Harper’s Bazaar.