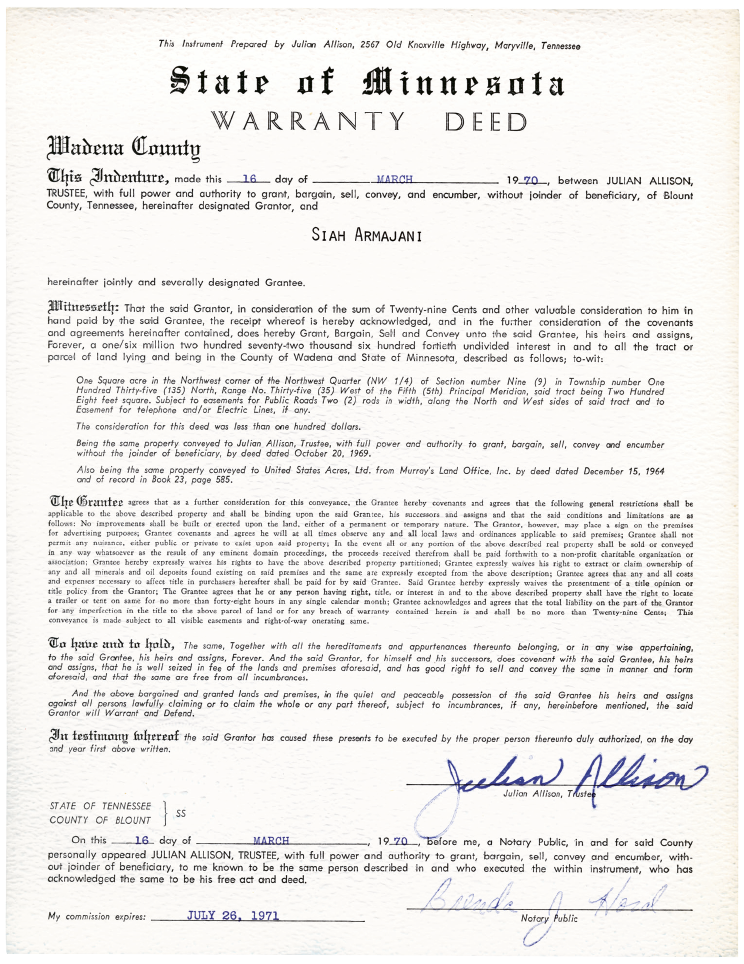 On March 16, 1970, Siah Armjani signed deeds that granted him the equivalent of one square inch of land in each of the fifty US states. The deeds came tucked inside a red, white and blue sleeve emblazoned with the title "USA: United States Acres" and above it, the injunction to "Discover America." Armajani had received American citizenship three years prior.

In Land Deeds, Armajani sees the United States through the wrong end of a telescope, playing the role of the eager (if precariously positioned) immigrant and acquiring land in not one but all fifty states. Here the United States exists foremost in the abstract, aligning neatly with a notion of the American dream in which the recently landed citizen is cast as consumer and landownership is equated with belonging.