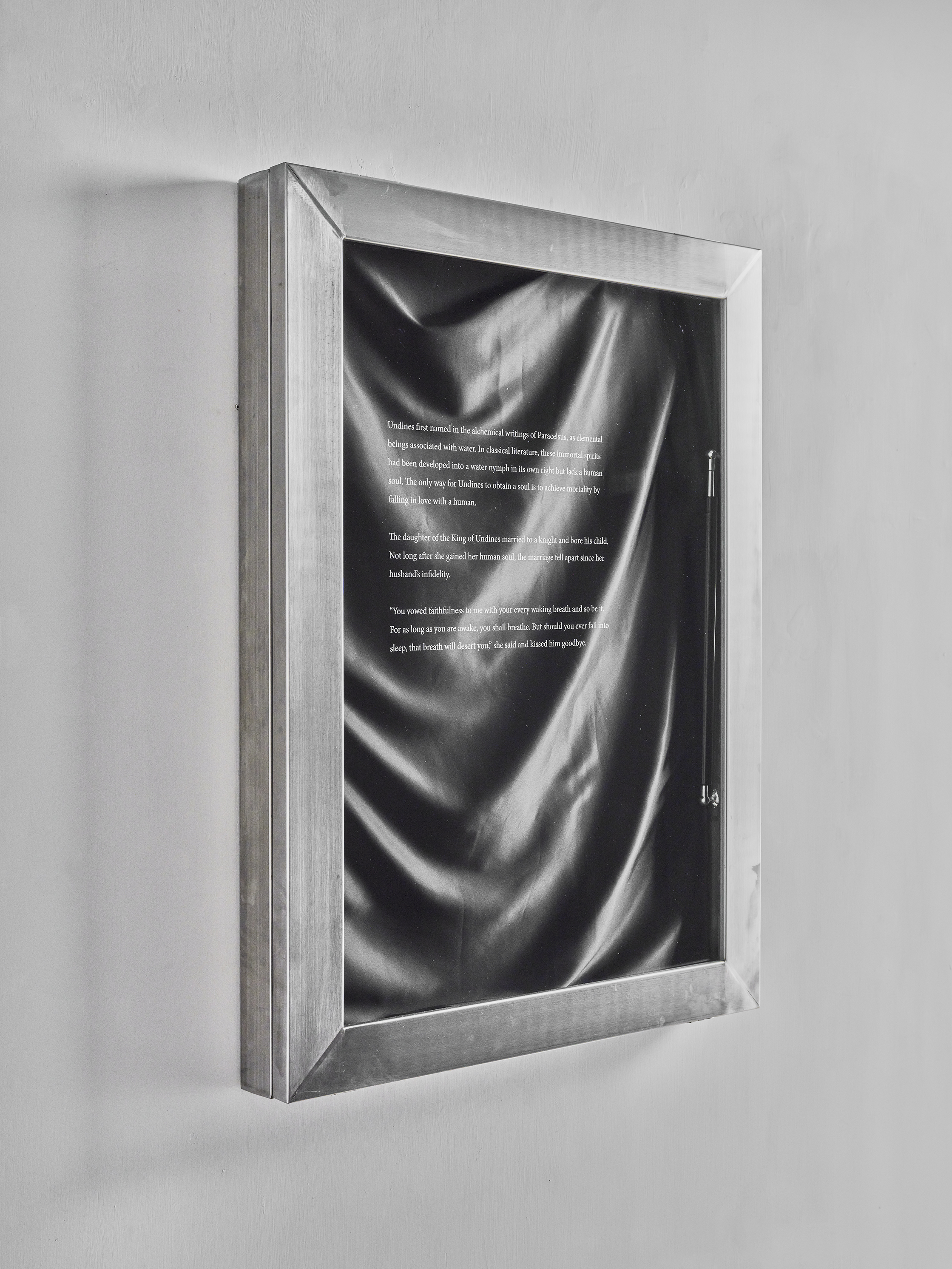 Dark Waters (2020) is a set of bulletin board cases where their original contents are replaced by dark-coloured fabrics whose fluidity and the sheen resemble the surface of dark water. Wong then etches a few lines of text onto the glass panel of each case, with excerpts of myths about water. In doing so, Wong converted the found bulletin boards into milieus of suspense, establishing a visual interplay between form, function, text, and the innate qualities of materials. ‍

Dark Waters is inspired by a found object in the form of an abandoned bulletin board. The artist described gazing into the bulletin board with its half draped satin background, feeling as if she was gazing into the abyss. Found objects are frequent departure points within Wong’s practice as demonstrated in previous works such as Parted Lovers (2015) and Falls (2013) in which Wong unstitched the vertical and horizontal threads of the canvas of a found painting, or in Mamihlapinatapai (2017) where Wong repurposed found window display mannequins, bowling balls, and pendant in order to visualize “mamihlapinatapai”, defined as a look without words that is shared by two people who want to initiate something but neither start- the most succinct word in the world.