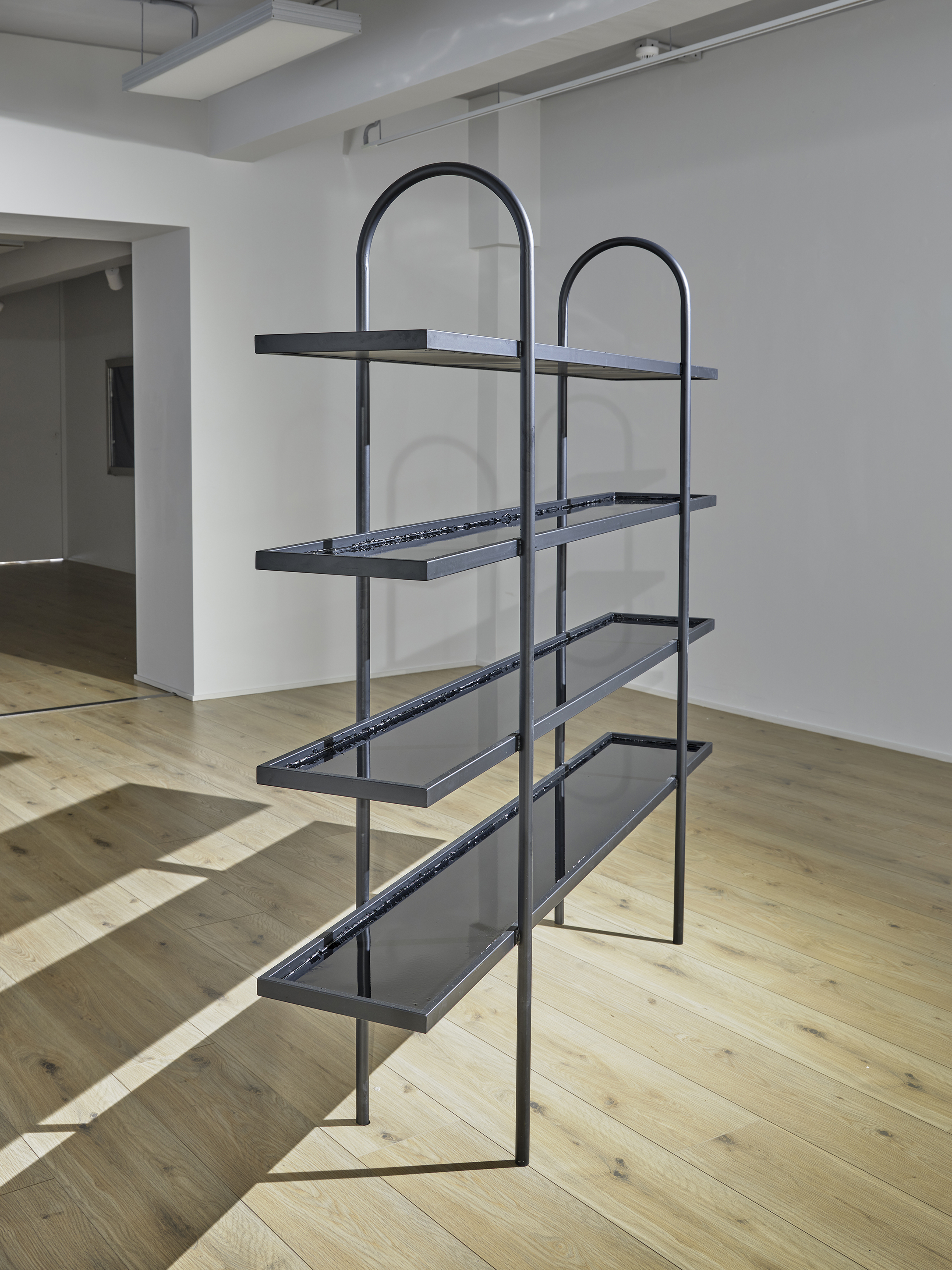 Still Fountain is a freestandingbookshelf where the shelving units are filled with ink. The dark matte finishof the bookshelf blends in with the reflective surface of the ink - from afarviewers will not be able to tell that ink has rendered the bookshelf non-functional,only upon close inspection would the viewers be able to realize the subversionof a bookshelf’s function.

It is a continuation of Wong’s research onobjects’ the functional aspect - evident in her previous works such as Machine(2015), where the numbers on a wall clock are replaced by capital lettersthat spell out “GO BACK IN TIME”, or in Unfound Object (2013) where theartist challenges the viewer to find her work outside the confines of itsdisplaying pedestal. Similar to theseworks, Still Fountain operates in the same way - the function ofthe object is undermined due to the ink in its shelving units, rendering theobject only sensible as an artwork within the art context.