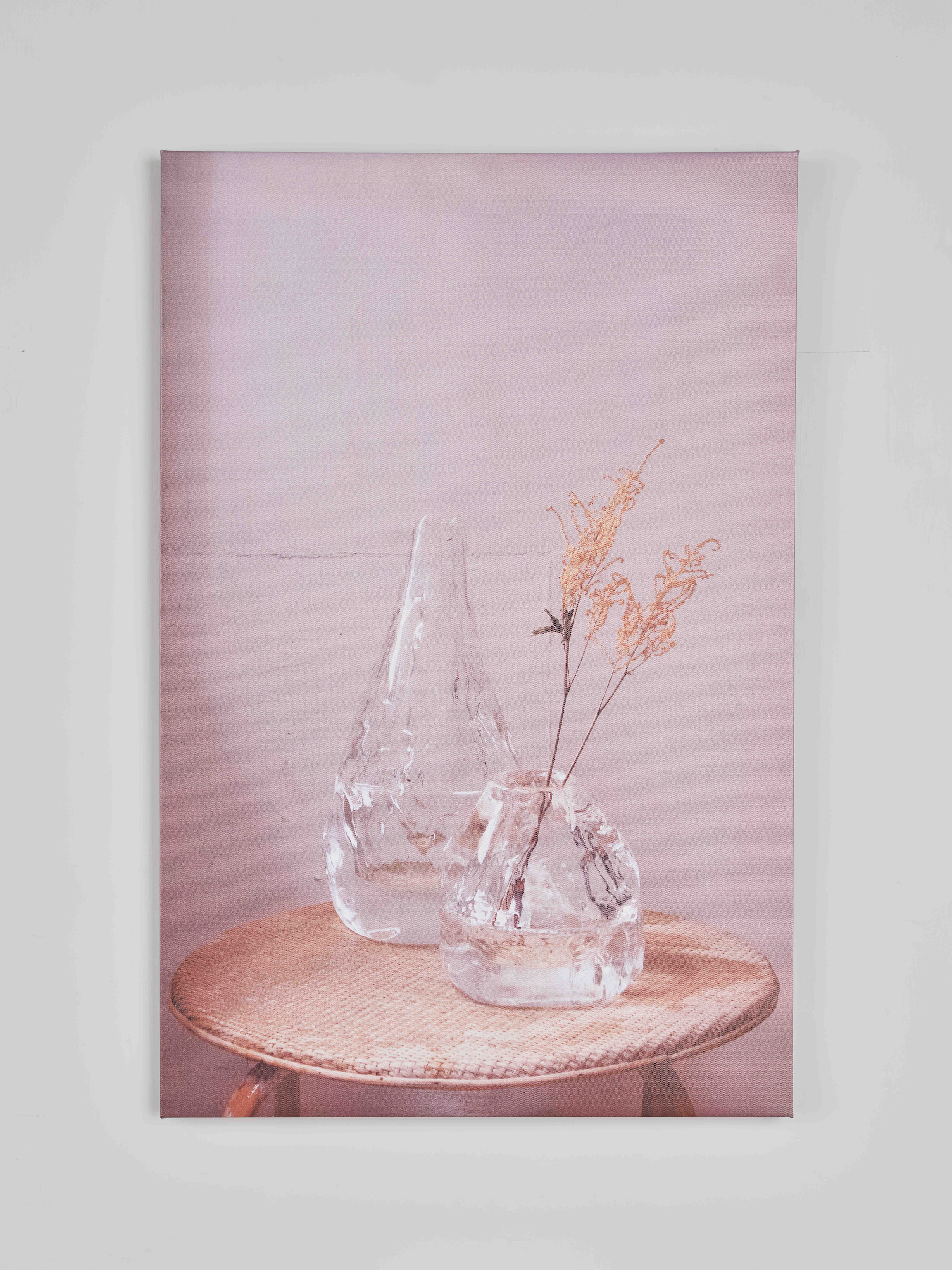 A series of still life photography of flowers in ice vases, creating a seemingly mundane image as the artist attempts to mimic the aesthetic of stock images found on the internet. As it is difficult for cameras to capture the intricate reflections created by ice, the resulting images look highly manipulated as the three-dimensional reflections are rendered into a two-dimensional image. By printing these images on canvas, the ice vases illicit a more painterly texture. In doing so, Wong comments on the ambiguity in the conventional definition of an artwork - can generic beauty be considered art? How is an artwork affected given its display method? Where does an artwork begin or end?

As noted in her previous interviews, Wong has always been interested in the generic beauty that has been quietly influencing our daily life. Believing that this popular aesthetic does not stem from randomness nor a formula, but rather a specific quality that arises organically. Wong replicates such quality by concealing sparse clues within the artwork title and medium which ultimately guides the viewer to question their definition of an artwork.