Rossi & Rossi is delighted to announce the exhibition of an exceptional private collection of Tibetan manuscripts: Books of Wisdom – Eleven Rare and Complete Tibetan Buddhist Manuscripts from the McCarthy Collection. Comprised of eleven canonical manuscripts dating from the 13th to 16th century, the exhibition presents a rare opportunity to view medieval manuscripts in their original form.

The volumes in the McCarthy Collection show an astonishing range of calligraphic style, design and motif–reflective of the numerous influences on Tibetan art from this period. The collection features 13th century examples of manuscripts in gold on blueback paper, a technique attributed to Newar artists. Later, post-15th century manuscripts display elements of Chinese influence in both style and material. Allusions to the Indian origin of the manuscripts’ format can be found throughout: decorative, painted circles in the middle of the pages reference the pothi technique, whereby the unbound palm-leaf pages were held together by a string piercing them.

The importance of the written tradition to Tibetan Buddhism cannot be overstated. Though Buddhism was introduced to Tibet from India in the 7th century, a period of persecution after meant that it wasn’t until the 11th century that the religion firmly established itself in the region. During this period, Indian scholars, teachers and monks journeyed across the Himalayas bringing with them the primary vehicle for the transmission of faith: texts–handwritten and often illustrated–in which the doctrine of Buddhism was committed to written form. By the 12th century, the Buddhist canon, known in Sanskrit as the Tripitaka (the ‘Three Baskets’ referring to the rules of monastic conduct, the Buddha’s teachings, and commentaries), had been translated into Tibetan. In the 13th century the Tibetan Buddhist canon was first assembled, and it was later revised in the 14th century by Burton Rimpoche. Throughout the 11th to 14th century, hundreds of Buddhist monasteries were founded, each ideally requiring its own library. After the 15th century, each of Tibet’s monasteries aspired to have the complete set of the 4,569 texts which form the complete Tripitaka, alongside many extra-canonical texts used by monks and scholars. Before the Chinese invasion of Tibet, there were said to be between 3000 and 5000 monasteries in Tibet, of which probably more than 90% were partially or entirely destroyed. The sacred content of their libraries met a similar fate, and while individual folios were sometimes preserved, it is incredibly rare to now find complete manuscripts with all folios intact.

Rossi & Rossi has a long history of displaying Himalayan manuscripts, which can be traced back to the 1990s with the New York exhibition Guardians of the Sacred Words, a groundbreaking exhibition and publication of Tibetan manuscript covers. 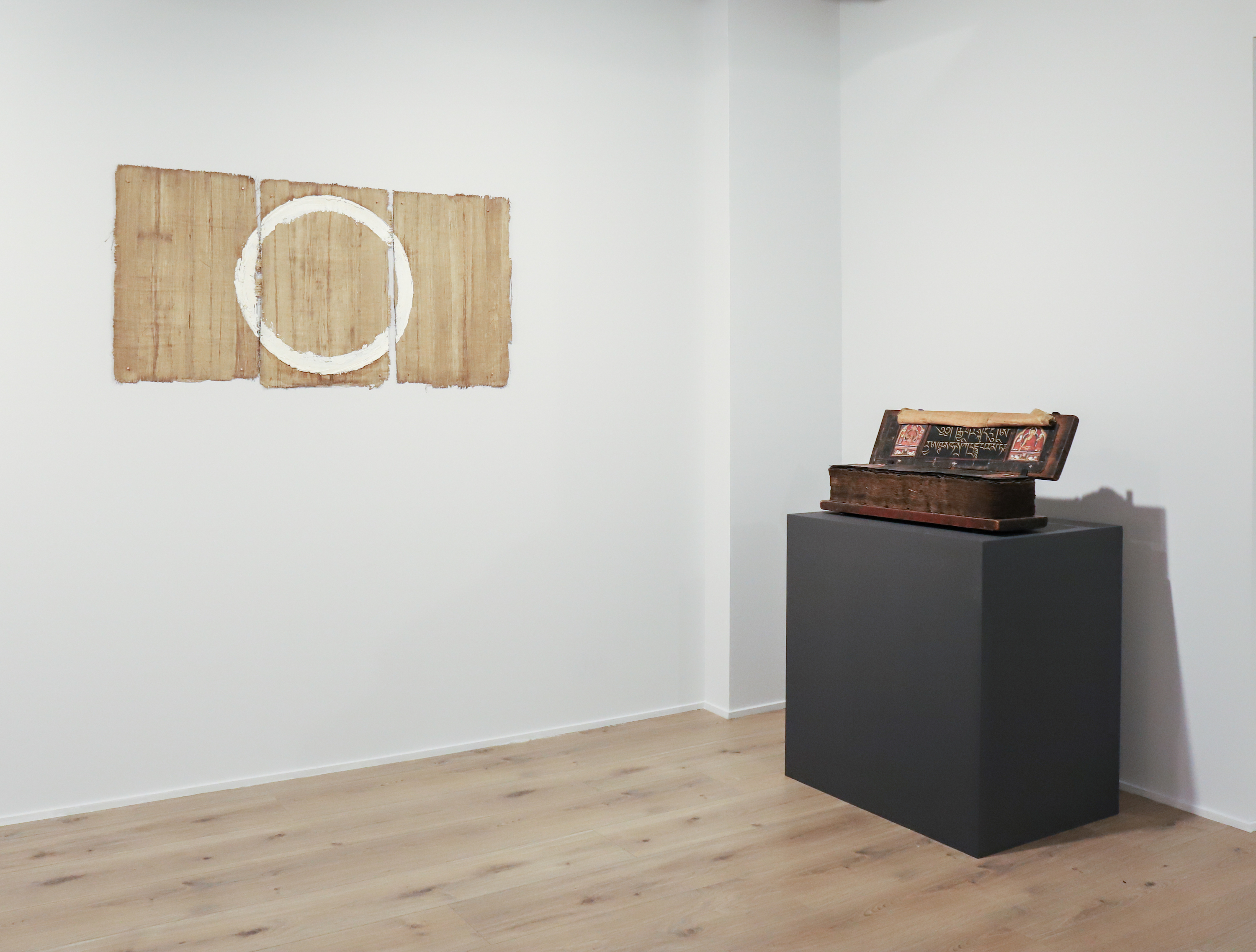 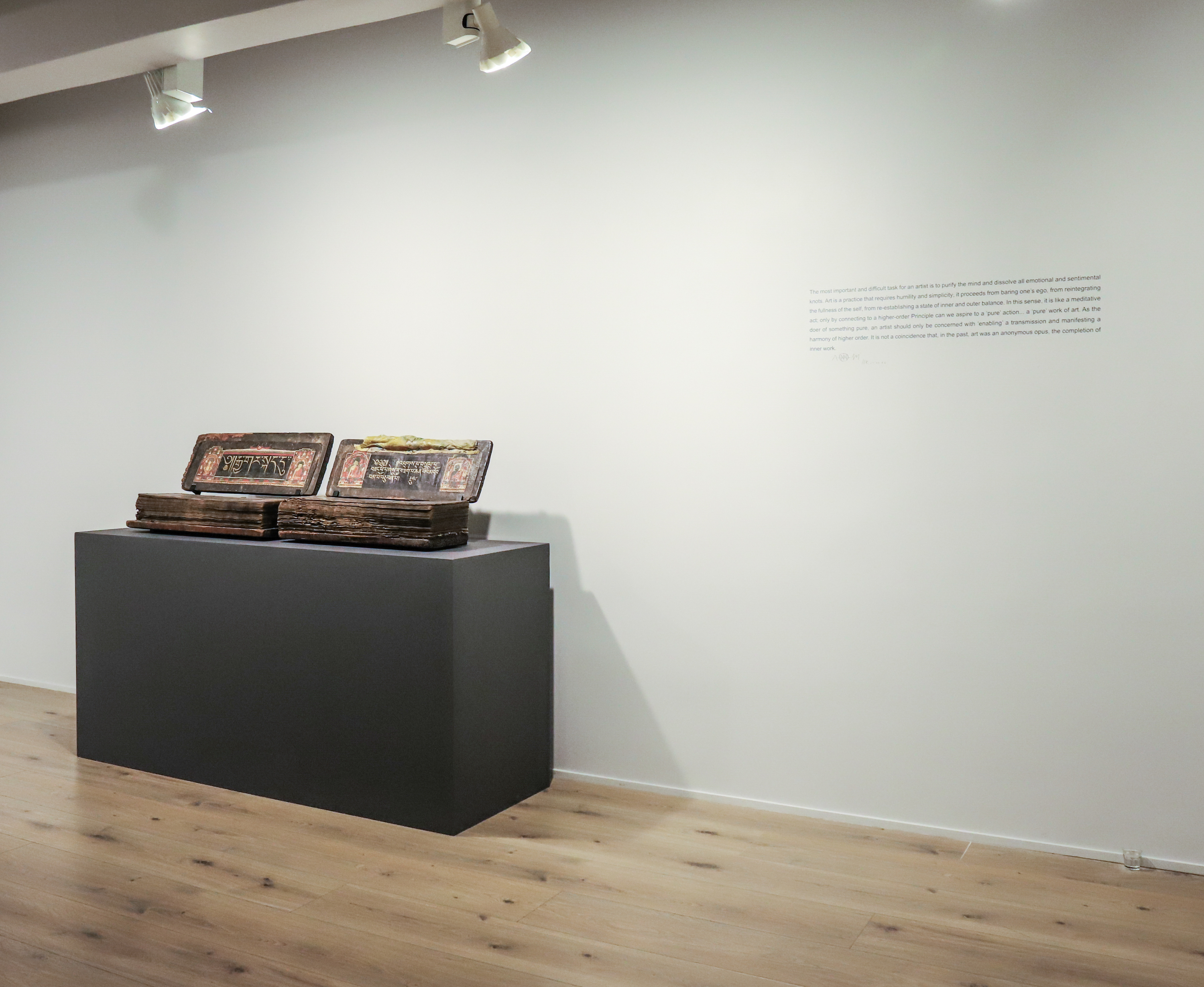 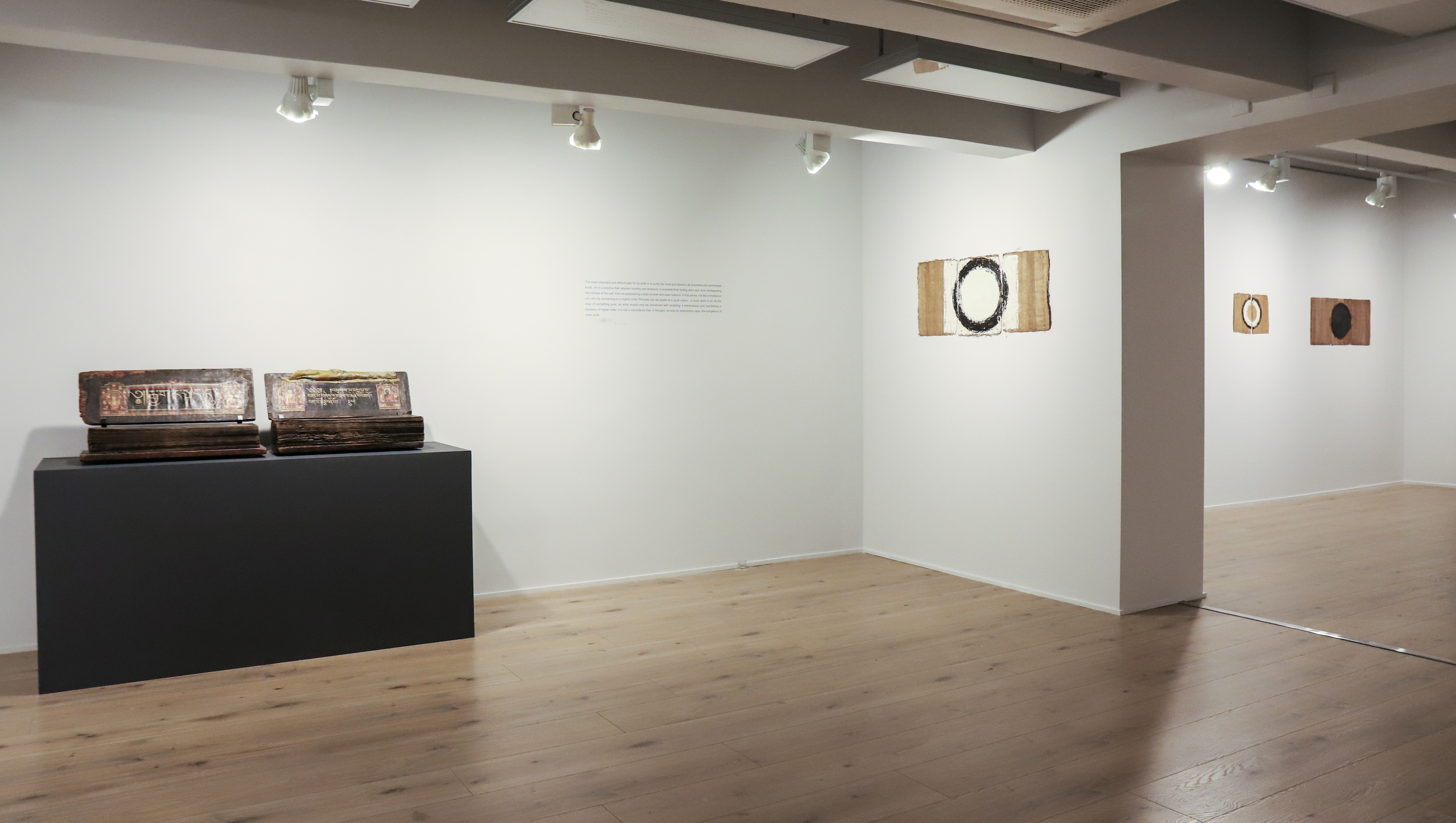 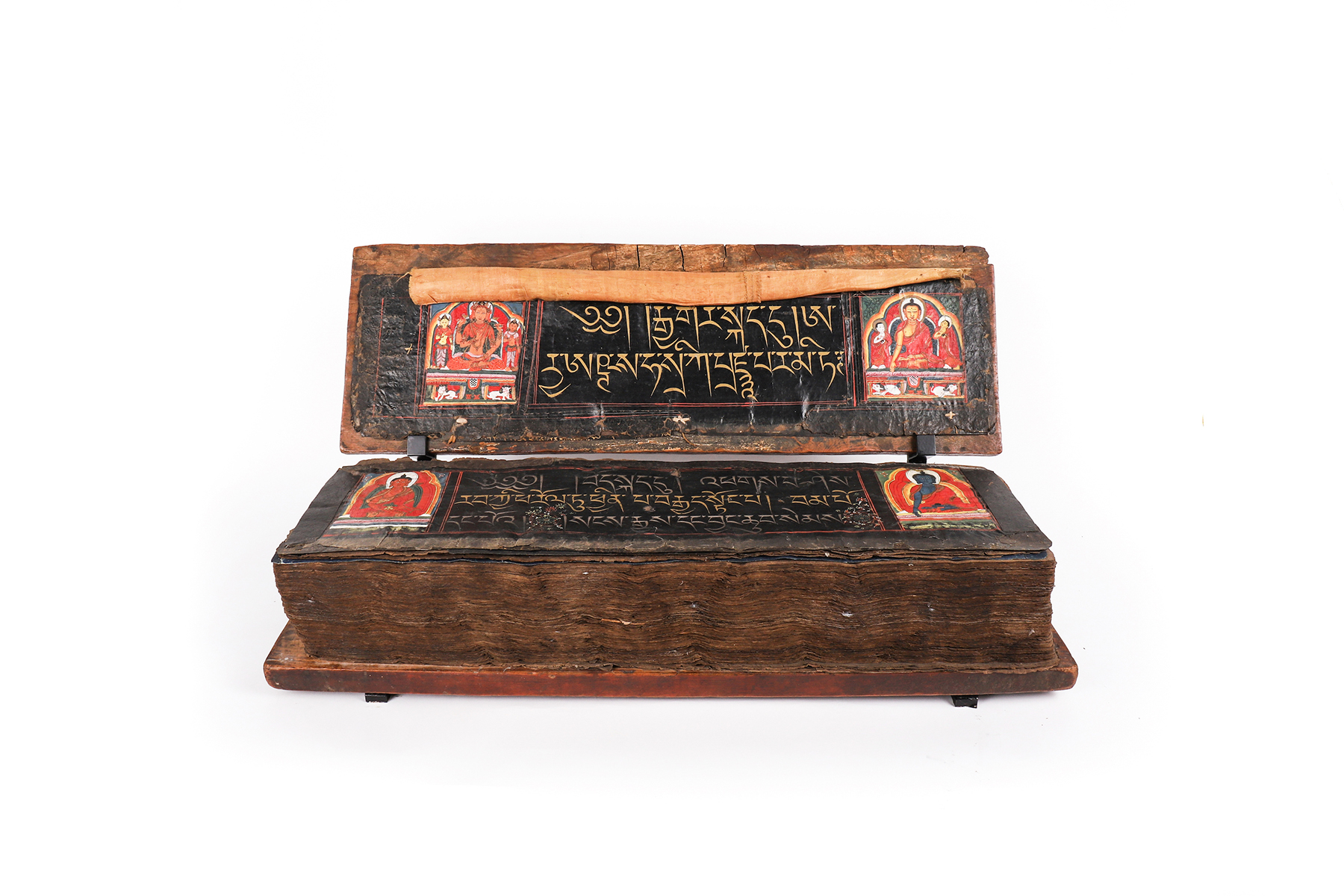 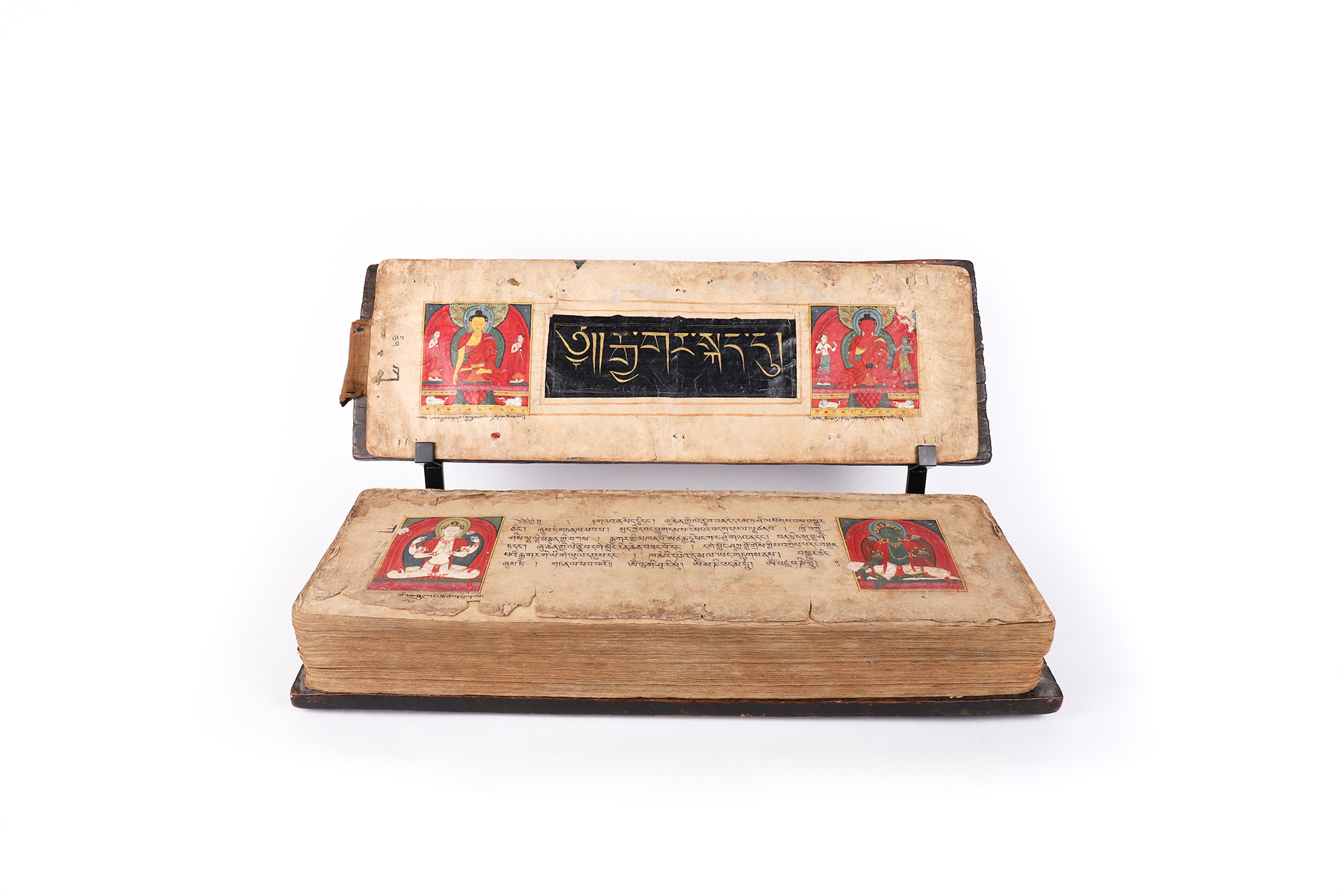 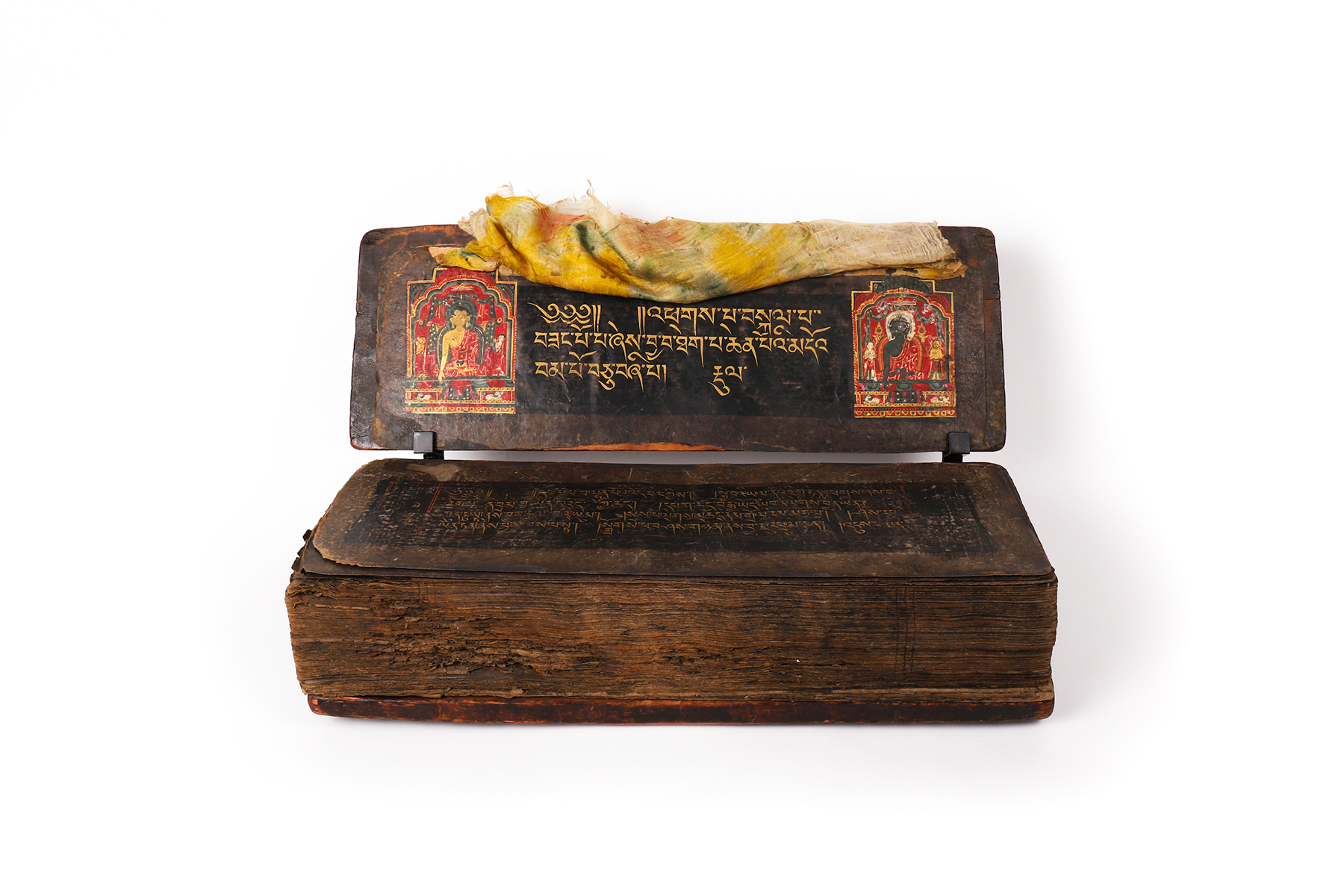 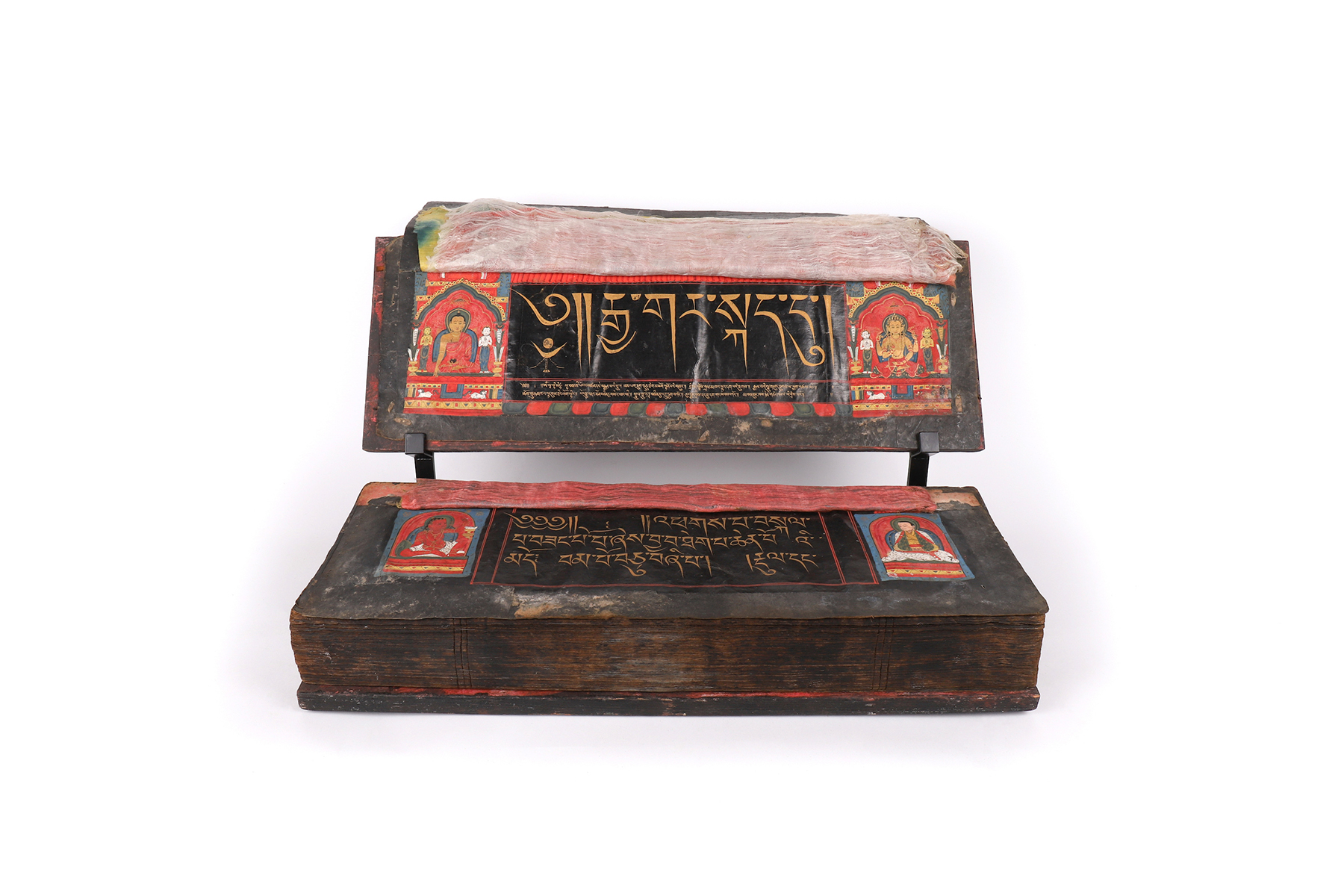 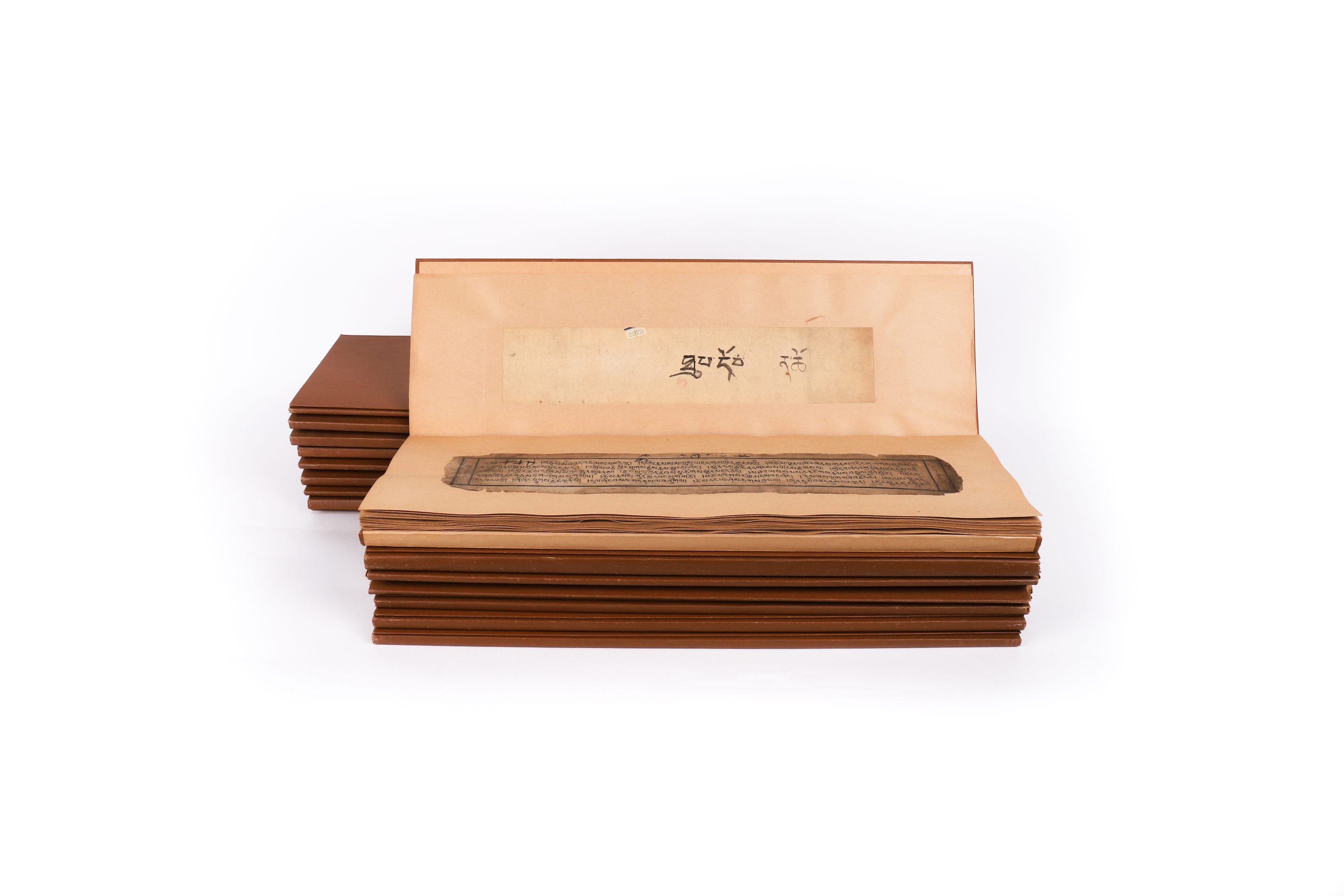 A collection of 16 folders of Sino-Tibetan prints associated with the cult of Vairocana Buddha
Dated to the 53rd year of the Emperor Kangxi (1714 AD)
Tibet
318 leaves ink on paper in 16 silk folders
Each folder 20 x 56.5 x 2 cm 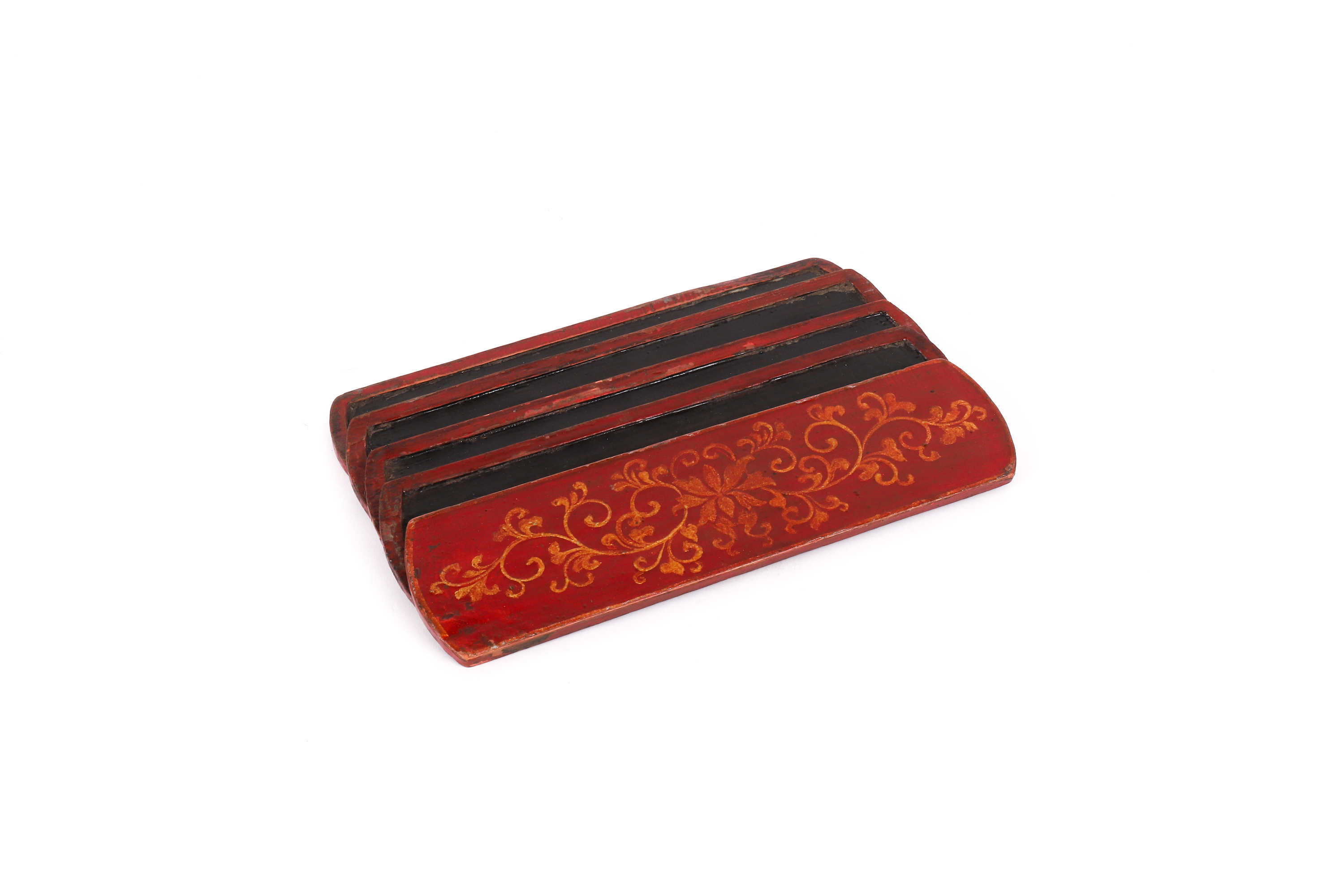